Notable People Buried in the St. James the Less 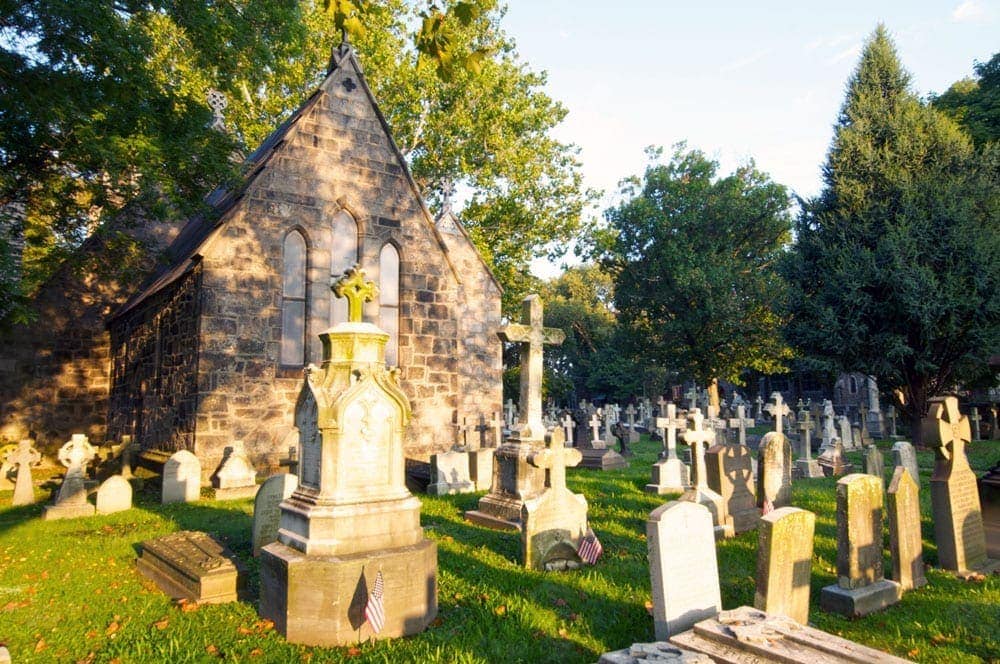 Agnes Irwin (1841-1914)
American educator, best known as the first dean of Radcliffe College from 1894–1909 and as the principal of the West Penn Square Seminary for Young Ladies in Philadelphia, later re-named, in her honor, The Agnes Irwin School

John Wanamaker (1838-1922)
Businessman, founder of chain of Wanamaker’s Department Stores of Philadelphia and New York, founder of Bethany Presbyterian Church and a prominent Christian layman, and Postmaster General of the United States

William Halsey Wood (1855-1897)
Architect, one of four finalists in the competition for the design of the Cathedral of Saint John the Divine, New York

The cemetery is open to the public seven days a week from dawn to dusk. To make an appointment for a tour of the graveyard, please contact David Kasievich.