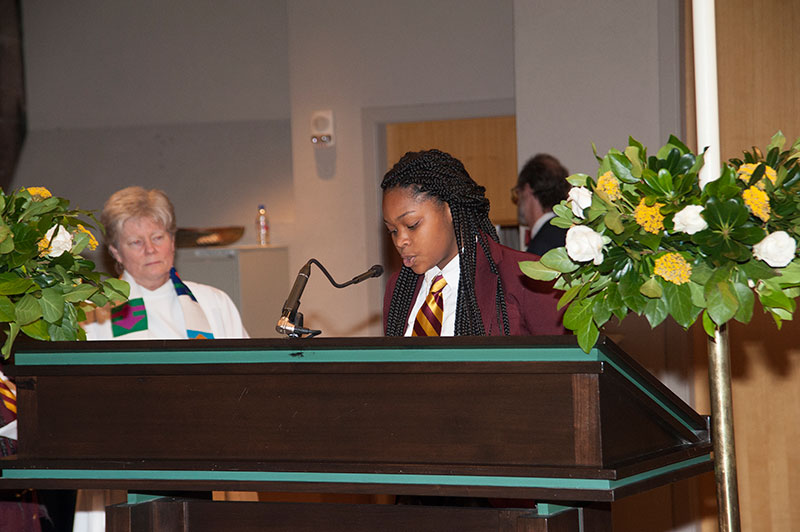 Students were invited to the opening Eucharist at the 232nd Annual Convention of the Diocese of Pennsylvania.

Eighth graders Tyahmiah, Samira and Tynae were selected to read the Prayers of the People during the service which drew a crowd of over 500 lay and clergy convention delegates on Friday evening, November 6.  Students attended a pre-service rehearsal to practice speaking and were assigned several portions of the multi-part prayer to read aloud. Each overcame nerves and read with exceptional clarity, composure, and conviction. 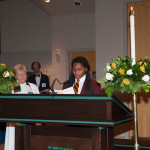 Accompanying the trio of readers was a van full of 10 additional students and a parent who attended the service to experience the convention firsthand. All were model Student Ambassadors, tracking the speakers and readers during the service which ran for more than two hours. They were seated in the spotlight, right in the front row during the service. They also did a great job of canvassing the Cathedral during the “sign of peace” with confident handshakes and introductions. 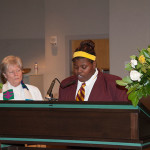 In a message from Bishop Clifton Daniel III to the conventioneers on Friday evening, he said, “There are great examples of these partnerships both extant and emerging in the life of our diocese as we go about fulfilling God’s agenda, not just locally, but nationally and globally as well. I point to St. James School, here in Philadelphia, dedicated to providing a great education to the youth of the community in which it is placed.”

On Saturday’s portion of the convention, Head of School David Kasievich lead a breakout session in partnership with Suzette Baird from Church Farm School, both describing their unique Episcopal schools to a standing room only crowd.  St. James was also represented at the convention’s display tables with an ample supply of literature and photos of the school. 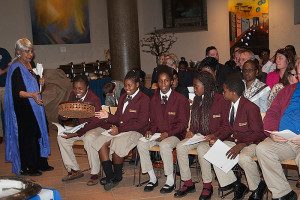