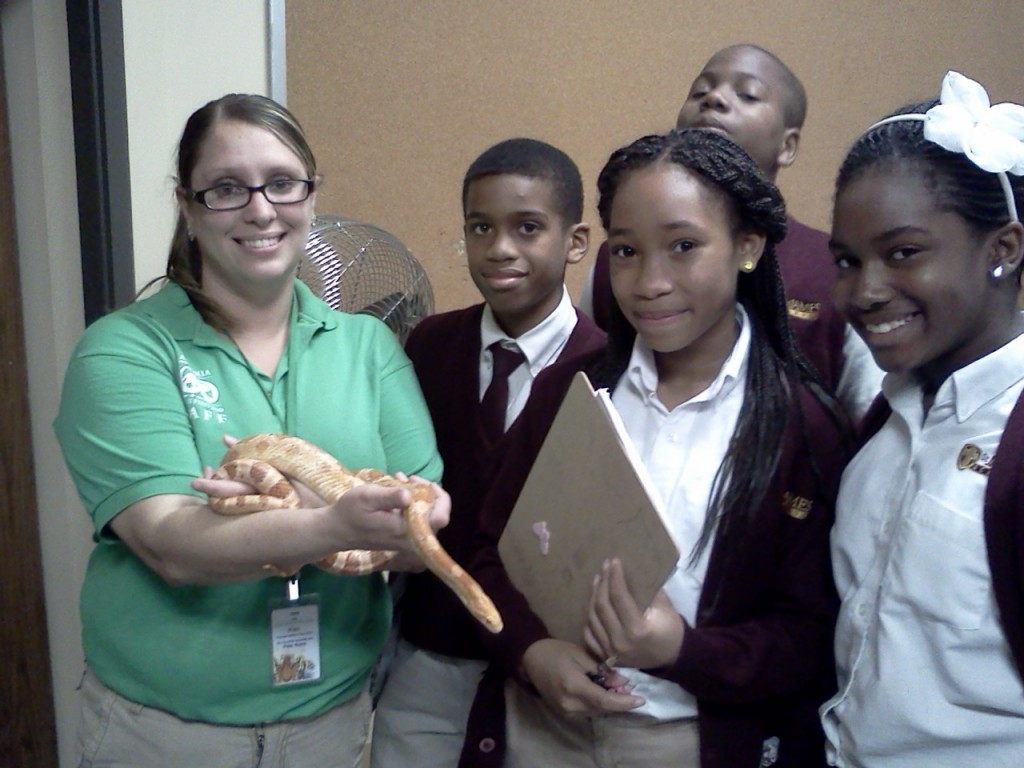 Students took their passion for science and the animal world to the Philadelphia Zoo in a trip included the opportunity to get up close and personal with some at-risk species in the world. They learned about the reasons for species endangerment through HIPPO (Habitat loss, Invasive species, Pollution, Population, Overuse).

They impressed the zoo’s educational staff with their knowledge and insightful questions which included questions about deforestation in the Amazon. They met a North American porcupine, felt the sought-after soft fur of a South American chinchilla, and held a full-length python skin. In the afternoon the students walked around the zoo and participated in a scavenger hunt for newborn babies located. Among the many animals the students saw were: amur and snow leopards, african wild dogs, polar bear, red panda, king cobra, galapagos tortoise, the American bald eagle, gazelle, giraffe, and tiger.

As the day came to a close, students and teachers were recognized by employees at the zoo and visitors for their professionalism, attentiveness, thoughtfulness and hardworking behavior. Students appreciated the many different animals in their habitats and completed the scavenger hunt of all the new born babies in the zoo.