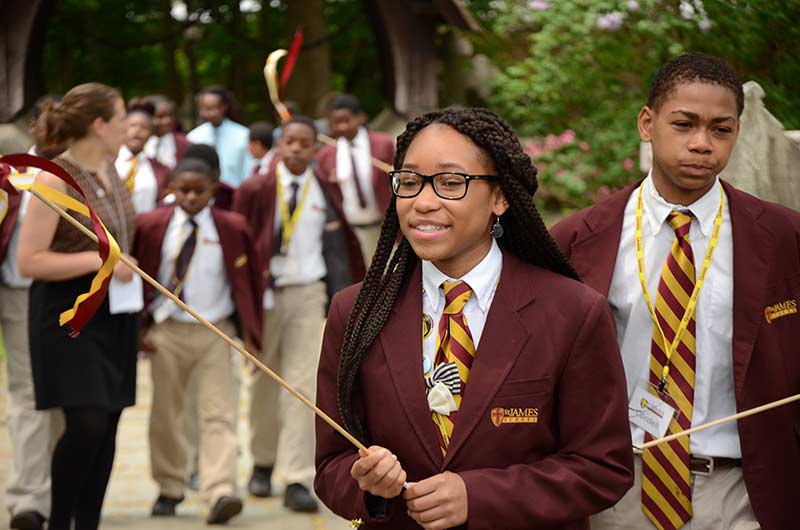 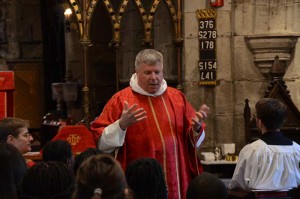 During Mass, The Rev. Sean Mullen (school co-founder and rector of Saint Mark’s Church Locust Street) spoke of the fourth grade class, a tale that had many in the audience raising a brow. When his story turned a page in the middle, and everyone realized he was referring to a conversation he had with the chickens in the school yard coop, all were thoroughly entertained.

The school and it’s feast day guests were also joined at lunch by Philadelphia Mayoral candidate Doug Oliver, who spoke enthusiastically and eloquently about the needs for change in the city. Oliver’s mother was also in attendance and enjoyed her time with the students.