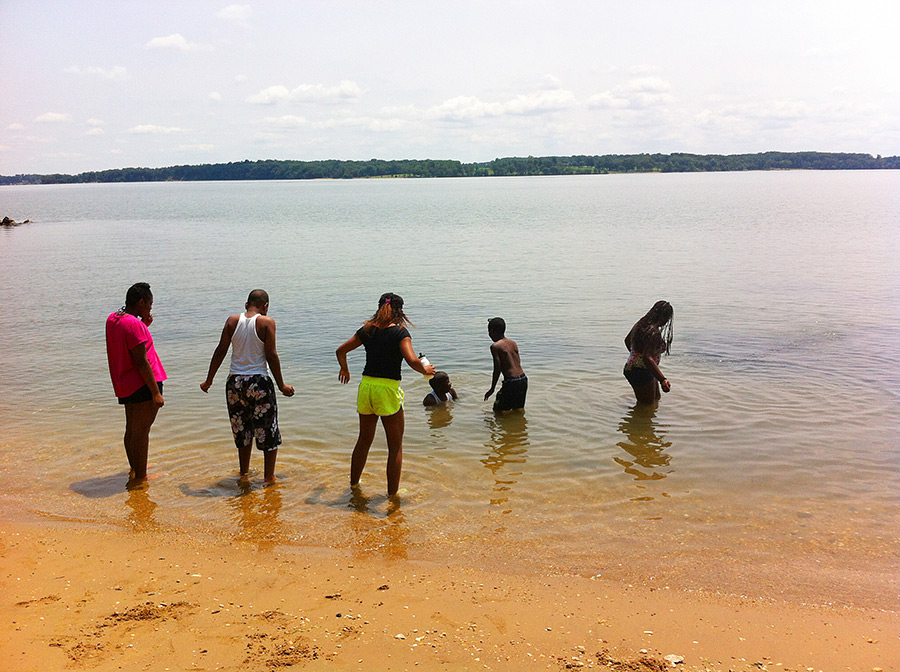 From Monday July 21 to Wednesday July 23, six St. James School students camped on the Elk Neck Peninsula in Maryland. The group was led by City Camp Site director Eric Todd, along with counselors Anna Blackwood, Ervin Lawson and Johnny Barker, and Victoria Hoppes with the Episcopal Diocese of PA (DIOPA). 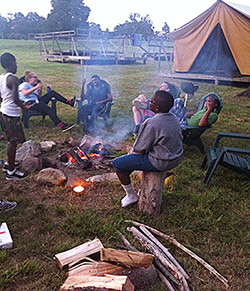 By the end of the trip, students had spent the majority of their time in the water. One particular student — who couldn’t shake the habit of calling it “the pool” — would certainly return home with a new experience. Each day ended in a rousing time around the campfire, sharing stories and cooking out.

During a day of hiking, the students were thrilled to find a box turtle; students were hoping to bring it back to St. James School, but that didn’t fly with the counselors. After the hike, students returned to the river again to search for clams. They searched the river bed for hours and turned up a pile of over 100 clams they hoped to keep fresh and bring home for their families.

City Camp lead Andrew Kellner from DIOPA joined the group Tuesday evening for dinner, and the group headed down to the beach along the river to build sandcastles. The group returned to the campfire once more, this night for a lively debate about the best NBA team. As the fire slowly died out on their final night, the stars in the sky came into full spectrum. Living in a densely populated area like Allegheny West where St. James School is located doesn’t offer such ample opportunity to view our vast universe.

Everyone awoke a little later than usual on their last day of camping, and began to take down the large tents and cots. After a great group clean-up effort, everyone enjoyed a nice goodbye lunch before heading back to Philadelphia.

The camping trip gave students an opportunity to get out of the city and experience new situations that took them out of their comfort zone. Many of them had never been camping before, some having never been that far away from their families. This was a great overall experience and couldn’t have been done without the help and support of both the Episcopal Diocese of Philadelphia and St. James School.