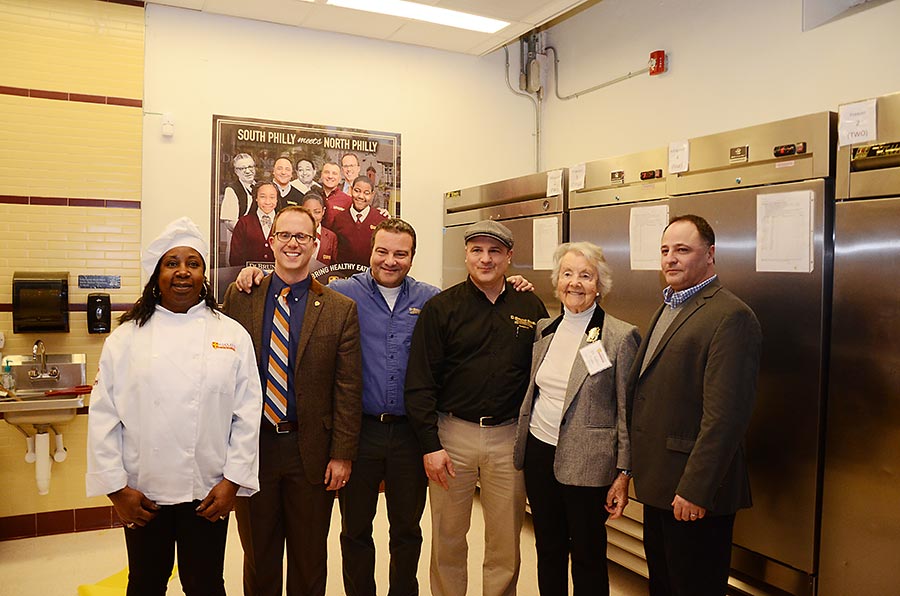 On Wednesday, February 11, St. James School opened its doors to over 150 guests for the official grand opening of the Di Bruno Bros. Neighborhood Kitchen.

Learn more about the kitchen here 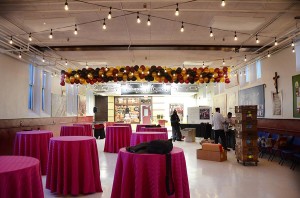 The evening’s dishes were prepared by St. James School’s Chef Deborah Anthony and included: turkey sliders, chicken salad wraps, curry couscous, cole slaw and more. It was a great opportunity for Chef Anthony to showcase the types of meals she prepares each day for the St. James School community and guests. 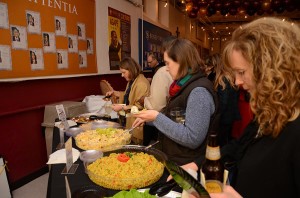 Di Bruno Bros. caterers arrived and setup a wonderful table of cheeses, meats, breads and vegetables. Greg Moore of Moore Bros Wine was on hand to present guests with a lovely variety of fine wines. And a light acoustic performance was offered by Bob Lowery and Chris Callas at the start of the evening.

The grand opening program began just after 7:00pm in front of a packed house, with four student couples showcasing their ballroom dance moves. Special thanks to Sue Shea and K.O. DelMarcelle of Dancing with the Students. 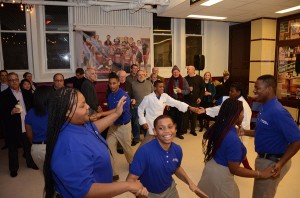 Head of School David Kasievich introduced school co-founder The Rev. Sean Mullen of Saint Mark’s Church, who offered a brief history of the school and blessed the kitchen. ELA Teacher Sarah Carroll delivered a heartfelt speech about the impact such a space has on school culture and the overall health of her growing students, while 8th grader Ezekiel McLeod spoke about his favorite meals and how it is helping to make a difference in his daily routine as he prepares to move on to high school after this year.

Director of Advancement Angela McCole welcomed Di Bruno Bros. co-owners Bill Mignucci, Jr., Emilio Mignucci, and Bill “Cheese” Mignucci to thank them and present them with a special award in recognition of their tireless efforts to help bring the kitchen renovation to reality. 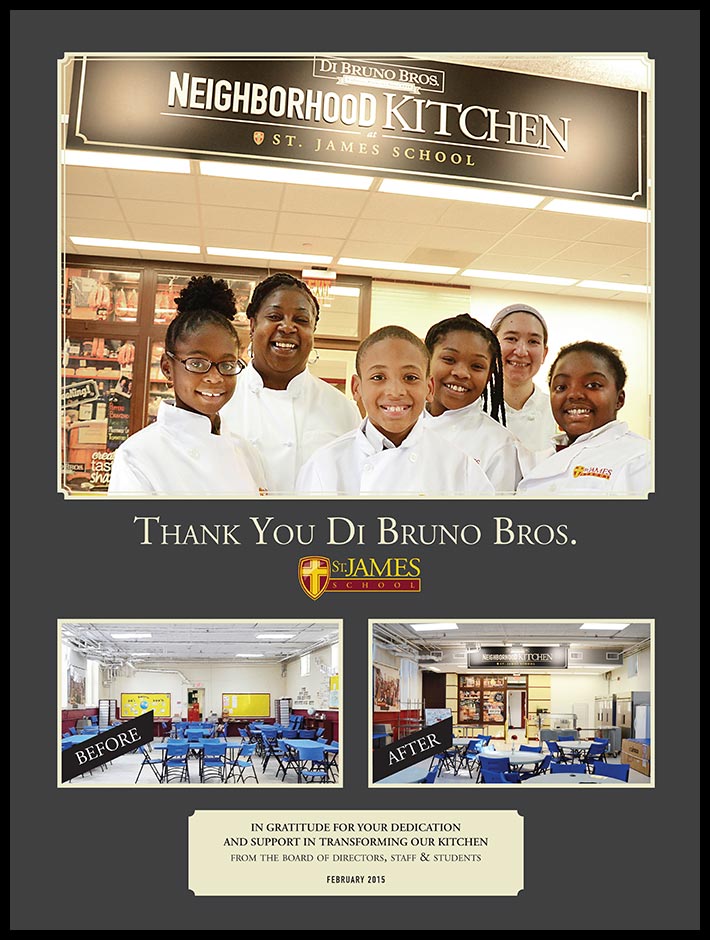 Di Bruno Bros. was presented with this special thank you

President Bill Mignucci, Jr., said a few words in gratitude of the partnership that grew from humble beginnings and the honor it brings the legacy of Di Bruno Bros. family. David then handed Bill a giant pair of scissors, and — counting down from five to one — cut the ribbon to mark the official grand opening. Balloons fell from the ceiling as guests applauded generously for the start of what all hope to become an important change in healthy eating and overall lifestyle for our neighborhood.

Watch This: Kitchen in Action

Since the school’s inception, finding an adequate cooking space in the building proved to be a challenge. The students were eating frozen, boxed lunches each day and not prepared from scratch with fresh ingredients.

It was during a January 2014 meeting with Di Bruno Bros. President Bill Mignucci, Jr., the idea of funding a kitchen renovation at the school was discussed. Toward the close of the meeting, Mr. Mignucci announced the partnering of Di Bruno Bros. with St. James School in recognition of their 75th anniversary — Di Bruno Bros. would commit $75,000 toward the creation of a new kitchen at St. James School. With the commitment, the promise of creating a fully-functioning kitchen would finally bring the opportunity for healthy meals at the school.

Fast forward to February 2015 and things look much different than when the school first opened in 2011. A once dark and crumbling space has been transformed to a commercial kitchen. The school’s former gymnasium and community room has become a beautiful dining area where student Table Captains serve their peers and teachers, and assist with etiquette at the table. And with Chef Deborah Anthony (a Marc Vetri-trained culinary expert) helming the kitchen — along with a stock of fresh fruits, vegetables and herbs — a delicious meal is prepared each day for lunch.