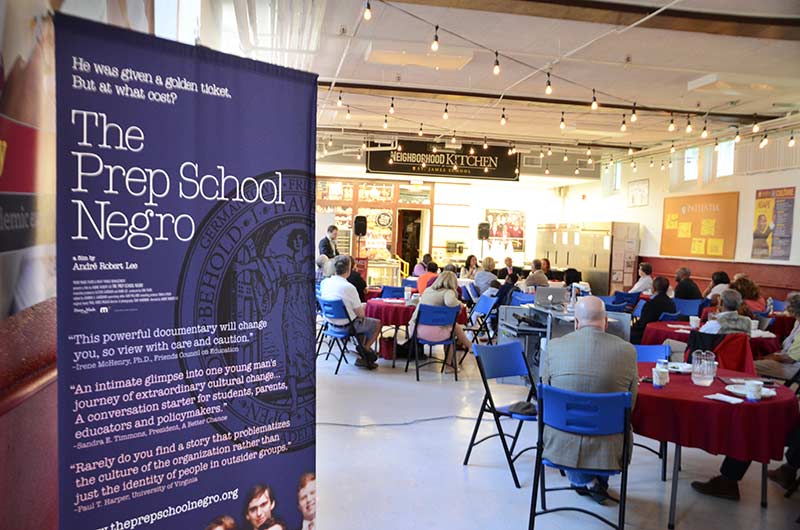 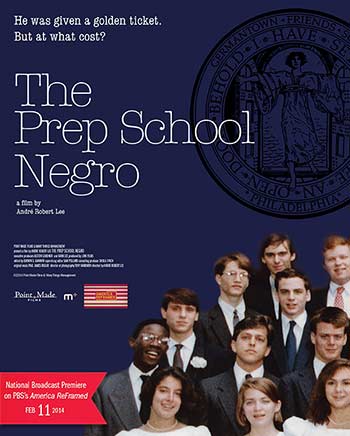 On Sunday May 3, St. James School hosted André Robert Lee along with an esteemed panel to present his documentary, The Prep School Negro. Students, families, volunteers, staff members, board members and friends of the school all shared a lunch prepared by school Chef Deborah Anthony and enjoyed this deeply personal and heart wrenching account of Lee’s experience at an elite independent high school in Philadelphia.

The panel also included Walidah Justice, Director of Diversity and Inclusion at Episcopal Academy; Debbie Marcee, Admissions Associate and Community Liasion at William Penn Charter School; and Dr. Tom Gordon, Founder and Principal of TAGA Consulting. They spoke on the issues and challenges facing minority students at independent schools and offered advice to parents to help navigate these complex institutions.

For Lee, it was a homecoming of sorts, as he was able to be reunited with Alibra Mitchell, one of the students featured in the film when she was a junior at Penn Charter. Alibra attended the event one day after her college graduation.

The event was put together by the Kevin Todd of the Graduate Support Program in an effort to support St. James families with the transition to and through high school.

“Moving from one environment into a completely new one is a challenge for anyone,” says Lee. “I wish I had the support of a community like St. James when I made the transition from my catholic elementary school to Germantown Friends School… I have been to hundreds of schools and met thousands of parents and students. Many have talked about the need for support, encouragement and help. Sometimes they just need questions answered and the space to believe they are allowed to ask them. I saw parents given that support during my visit with the St. James School community.”

Learn more about the film here

André Robert Lee and his sister grew up in the ghettos of Philadelphia. Their mother struggled to support them by putting strings in the waistbands of track pants and swimsuits in a local factory. When André was 14 years old, he received what his family believed to be a golden ticket — a full scholarship to attend one of the most prestigious prep schools in the country. Elite education was André’s way up and out, but at what price? Yes, the exorbitant tuition was covered, but this new world cost him and his family much more than anyone could have anticipated.

In The Prep School Negro, André takes a journey back in time to revisit the events of his adolescence while also spending time with present-day prep school students of color and their classmates to see how much has really changed inside the ivory tower. What he discovers along the way is the poignant and unapologetic truth about who really pays the consequences for yesterday’s accelerated desegregation and today’s racial naiveté.