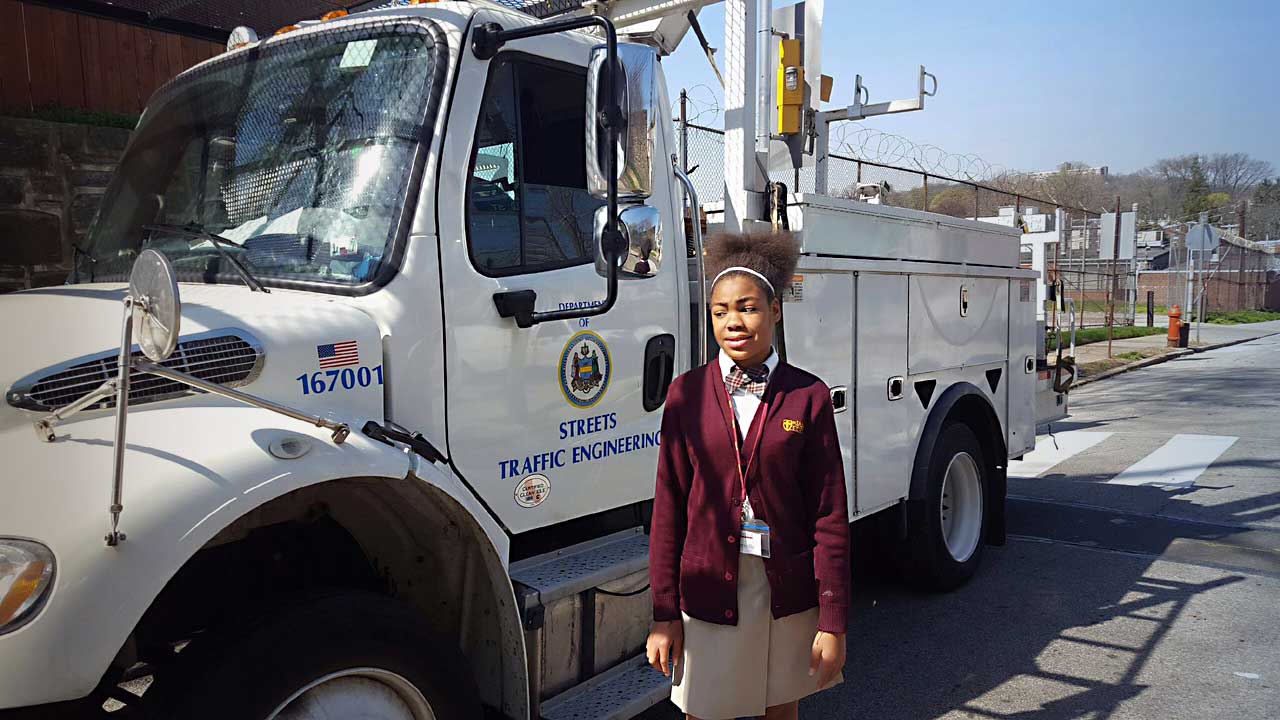 For decades, the streets around St. James School have been plagued by speeding drivers. In 2000, a little boy was struck and killed by a speeding car on the corner of Clearfield and Hunting Park. From 2000 to 2009, neighbors of Allegheny West including Rose Cooper, RAH Civic Association president, and Ward Leader Mark Green campaigned yearly for speed bumps to slow down traffic. Once St. James School opened its summer camp in 2009 the need for safe streets increased.

Once St. James School launched its extended day program, crossing guards patrolled later in the afternoons to ensure students travelled safely. But warning lights and a speed bump where still needed. With neighbors and community leaders, St. James reached out to local politicians, such as Pennsylvania Representative Curtis Jones to correct the problem to no avail.

The school completed the necessary permit paperwork for a speed bump and additional signage to reduce speeding in 2014. Despite years of hard work and calls for help, no safety measures were installed. Frustrated by years of broken promises, in February 2017 concerned parents and school members announced a protest march scheduled for March 2017. After years of requests and fruitless meetings, the RAH and St. James community teamed up for a Rally for Safe Streets on March 18, 2017. 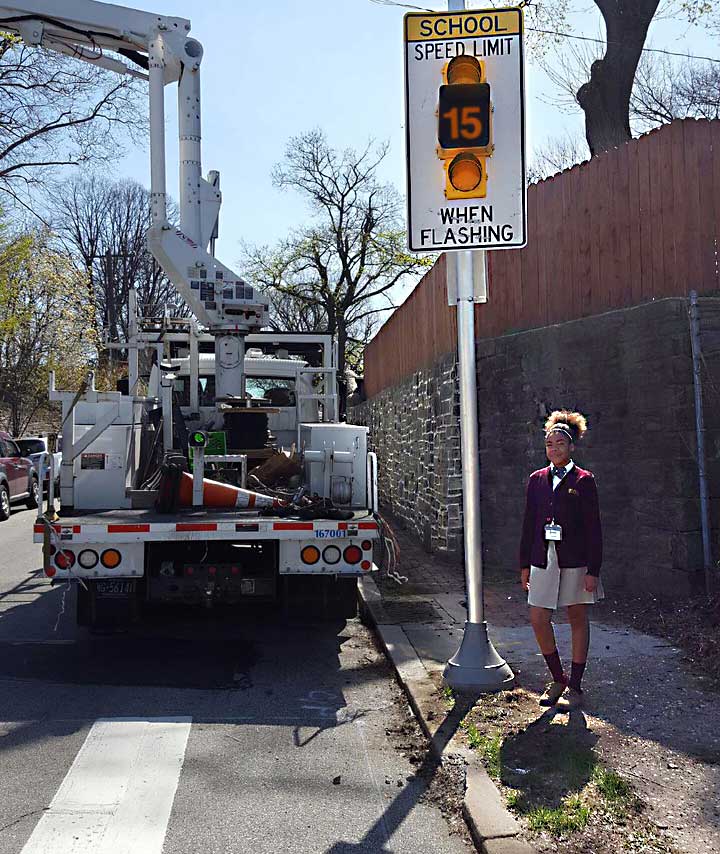 Congregations from partner churches, including one church coming from as far as Parkesburg, PA, joined in the protest, making signs, marching the streets, and adding their voices to the neighborhood’s demand for safety. Cherrelle, a St. James student and sister of the child killed in 2000 joined in the protest, chanting the loudest.

“I never thought there would be any change and I thought about my brother and I was sad. But it touched me when I saw all the people giving their time to join the protest,” said Cherrelle.

Less than a month after the protest with the support of Councilman Jones, the city of Philadelphia installed a temporary speed cushion, flashing warning lights, and additional stop signs. Special thanks to Cooper, Green, Councilman Jones, Aleandra Elliott, Constituent Services Representative, Office of Curtis Jones, the Philadelphia Streets Department, our church partners, and the neighbors, parents, and students of St. James School. A permanent speed bump is scheduled to be installed soon. Adds Cherrelle, “I can’t say how happy I was when I saw all of the changes. I couldn’t believe it. We are school and we deserve to be safe.”