Judge Nelson Diaz, an activist who blazed a trail for Latinos in Philadelphia, engaged in a lively discussion with St. James School students and staff during a much-anticipated visit on October 2nd. Judge Diaz recounted the odds he overcame in his personal journey from poverty to prominence and inspired his audience with his passion for excellence, inclusion, and equality for all.

A television crew from CBS Philly covered the event live. Click here to view the report. 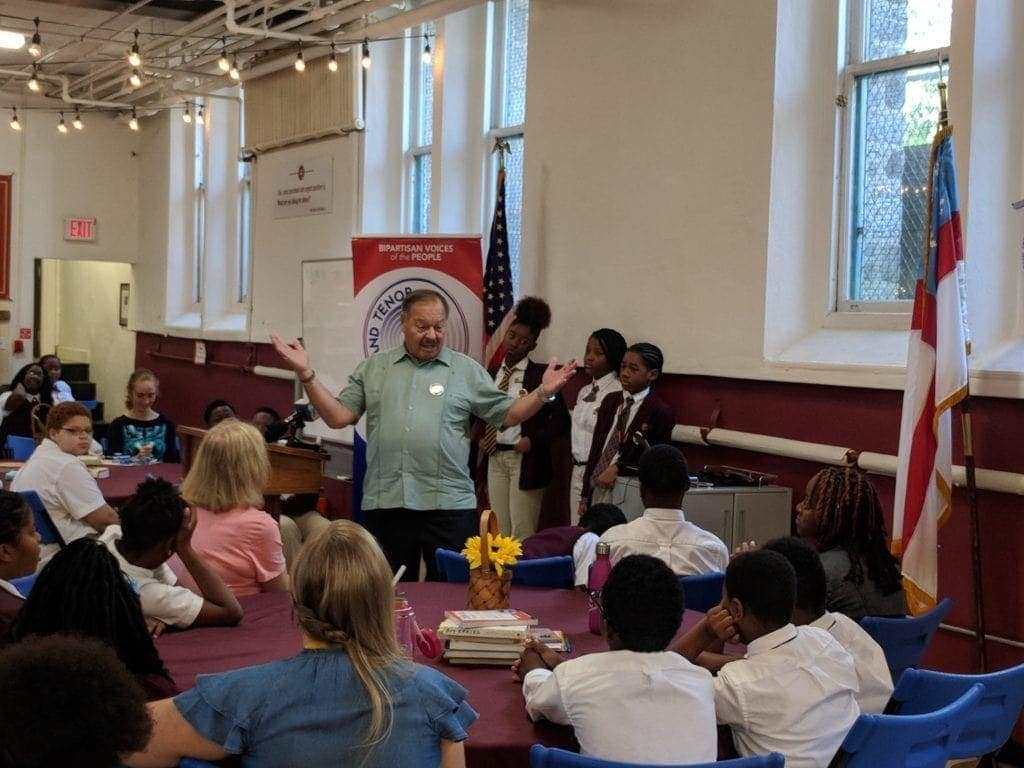 Judge Diaz told St. James students that his key to success at their age was to focus on his studies and get good grades. “I locked myself up in my room. I stayed away from the people who were bad influences on me,” Judge Diaz told the students.

Head of School Dave Kasievich introduced Judge Diaz, sharing a quote from the judge that inspired him: “Through faith, I felt hope. Hope for my future, an expectation that better things lie ahead and a strong desire to work hard for it. Through faith, I no longer felt unworthy and I knew that I could achieve greater things, not only for myself but also for others. The intervention of people in my life made a difference.”

Mr. Kasievich added that Judge Diaz is a man of many “firsts,” including first Latino lawyer to pass the Pennsylvania Bar, first Latino elected as a judge in Pennsylvania and first Latino appointed as city solicitor in Philadelphia. He also served as General Counsel at the federal Department of Housing and Urban Development during the Clinton administration, and is a partner in a top law firm.

Mr. Kasievich asked the students and staff to share their own “firsts,” and many did — from being the first in their family to graduate from college, to being the first St. James student to lead a march demanding safer streets with more stop signs and speed bumps. 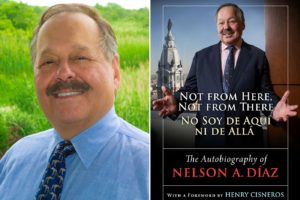 Judge Diaz shared that he came to the United States from Puerto Rico in the womb of his mother and grew up in West Harlem. “I was a vulnerable child, left alone in a building overstuffed with people living in squalor,” he writes in his new autobiography, Not from Here, Not from There/ No Soy de Aquí Ni de Alla: The Autobiography of Nelson Díaz. He tells of overcrowding, sexual abuse, violence, drugs, and gangs.