What We Say and Do Matters. Our Young People Are Watching.

You saw what happened. Provoked by President Donald Trump, thousands of extremists stormed the Capitol building in Washington D.C. on Wednesday in an attempt to prevent lawmakers from certifying President-elect Joe Biden’s victory in the 2020 election. On the same day, Georgia voters changed the balance of power in Congress by electing two new senators, one the state’s first African-American senator and the other the state’s first Jewish senator.

It was a historic day, and like many of you, I continue to process what it means for our democracy, our school community, and our students. In the aftermath, I am reaching out to share my thoughts and prayers with hope that we can work together for reconciliation and a better future for all Americans.

As an advocate for black and brown children, I watched domestic terrorists overwhelm a tepid police presence and my first reaction was this: The terrorists were 99% white. If the people storming the Capitol had been black, we would have seen a police response even more massive than what we saw at Black Lives Matter protests. The number of arrests, injuries, and deaths is too heartbreaking to imagine.

Later, I began to feel glimmers of hope and gratitude that this historic day will lead to change. I am inspired by Stacey Abrams, one black woman who took it upon herself to reverse many decades of black voter suppression in Georgia by organizing and leading voter registration and get-out-the-vote drives. She makes real the message that one person can make an enormous difference.

That message is central and essential in our North Philadelphia school, where adults show up every day to lead and learn from black and brown young people. They are watching the words and deeds of all adults, from those in their home and school community to those on the TV and internet. What we say and do matters. It is up to us to ensure that our young people will live into God’s dream for them, which is that each of them is a child of God and the equal of every person on Earth.

Let us pray for reconciliation in our nation based on both our Christian faith that God lives in each of us and the promise that all of us are equal citizens. As blessed Pauli Murray said, “I want to see America be what she says that she is. It is a kind of patriotism.” In our words and actions today and tomorrow, let us serve God and America by speaking up for and working toward peace, freedom, and government by and for all the people.

I invite you to join us in embracing attitudes, language, and behavior that model decency, respect, liberty, and equal justice for all. Please join us in prayer for the restoration of dignity in our politics and democracy in our future. Most immediately, I ask you to unite with us in prayer for peace during the remaining days of the current administration and the inauguration of President-elect Biden. 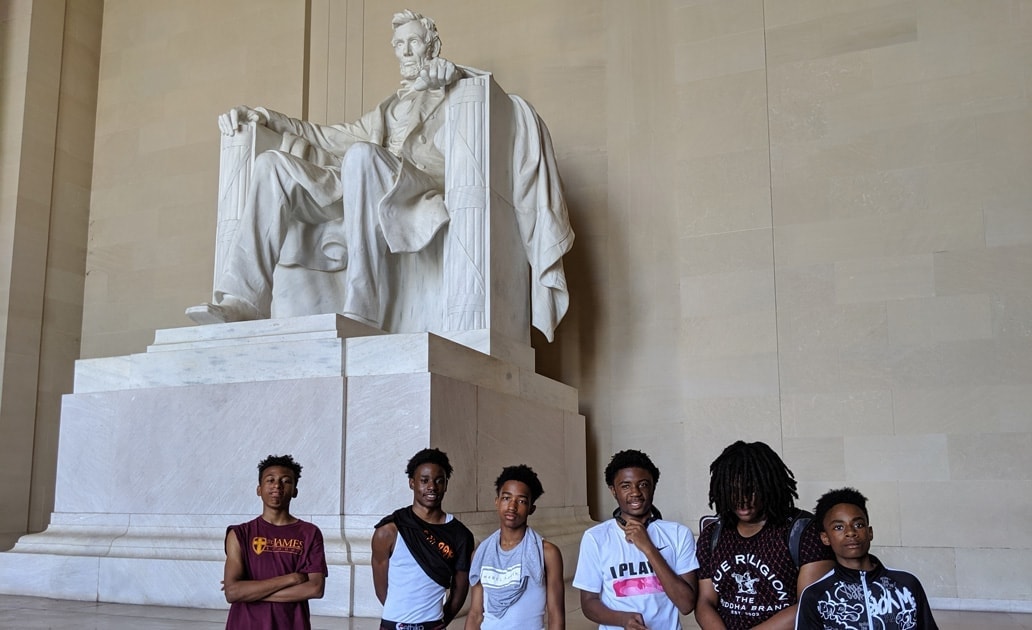 St. James students on a field trip to Washington D.C.