Youth Voices on the Radio 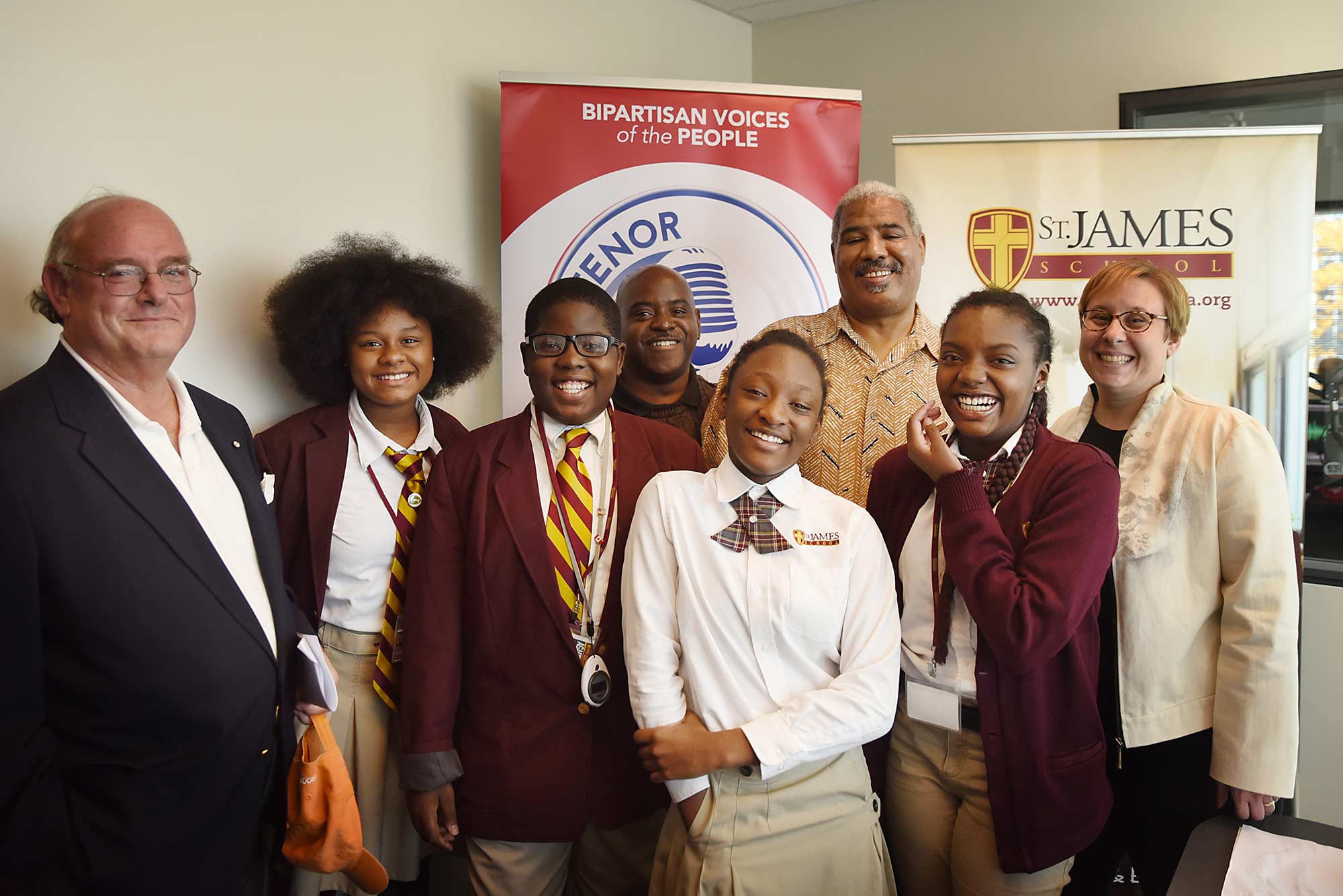 During one of the most heated—and certainly one of the most shocking—presidential election seasons in US history, students had an opportunity to take part in democracy and have their voices heard.

Thanks to founding advisory board member Randall Jefferson, four students in grades seven and eight became the first to kick off Freedom Voices: The Political Youth Perspective on WWDB 860AM talk radio program Tone and Tenor, bipartisan voices of the people. Along with co-host Maurice Goodman, Randall guided the students through a one hour show focused on gun violence, which was predetermined by the students in a pre-show prep session held in school’s art room.

Listen to the show, Freedom Voices: The Political Youth Perspective

McKenzie Austin, Destiny Fairfax, Kevine Dupree, and Sakhya Harris took turns asking guests questions on issues surrounding the election, previous presidents, congress, and more. Guest Shira Goodman, executive director of CeaseFirePA, spoke candidly about the need for better gun laws in the state and how she works across the political aisle to make policy changes a reality. This brought Destiny to share a very personal story about the death of her brother, an honor roll student who was shot to death for “being in the wrong place at the wrong time.”

Other guests included Bruce Carter, founder of Black Men for Bernie, as well as Ned Greene, American Politics professor at Arcadia University. Both were inspired by the students and applauded their energy to speak up about their civic duties.

Randall and Maurice returned to St. James School to play a seven-minute clip for the upper school students and take questions. Students and teachers alike were engaged and moved by this unique opportunity, and all hope the show sparked what will become a greater awareness of students’ civic duty.