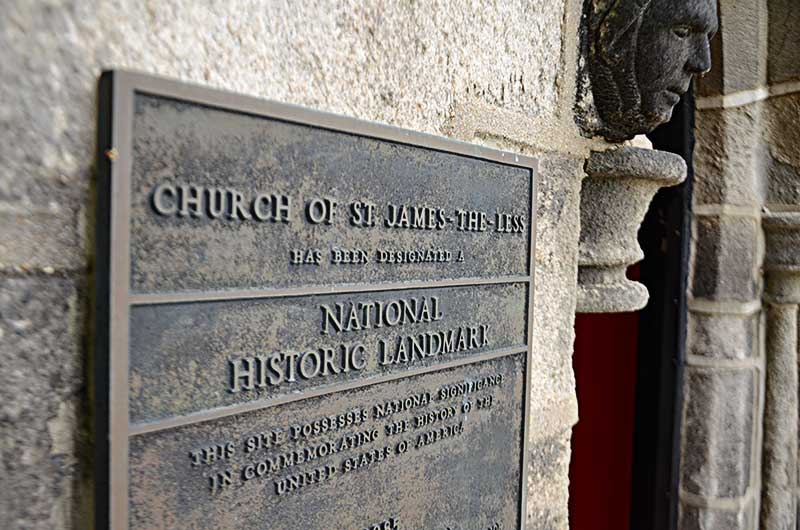 The building that is home to the Church of St. James the Less was added to the  National Register of Historical Places in 1974 and was designated a National Historic Landmark in 1985.

The National Park Service’s official 1985 Statement of Significance reads: “This is the first example of the pure English Parish church style in America, and one of the best examples of a 19th-century American Gothic church for its coherence and authenticity of design. Its influence on the major architects of the Gothic Revival in the United States was profound.”

The building’s remarkable fidelity to Gothic design was accidental. When the congregation applied to its parent group in Cambridge, England, for a set of approved plans for its church, it was inadvertently sent measured drawings, prepared by G. G. Place, of St. Michael’s Church in Longstanton, Cambridgeshire, built c. 1230. Those plans were followed in every detail under the supervision of architect John E. Carver. 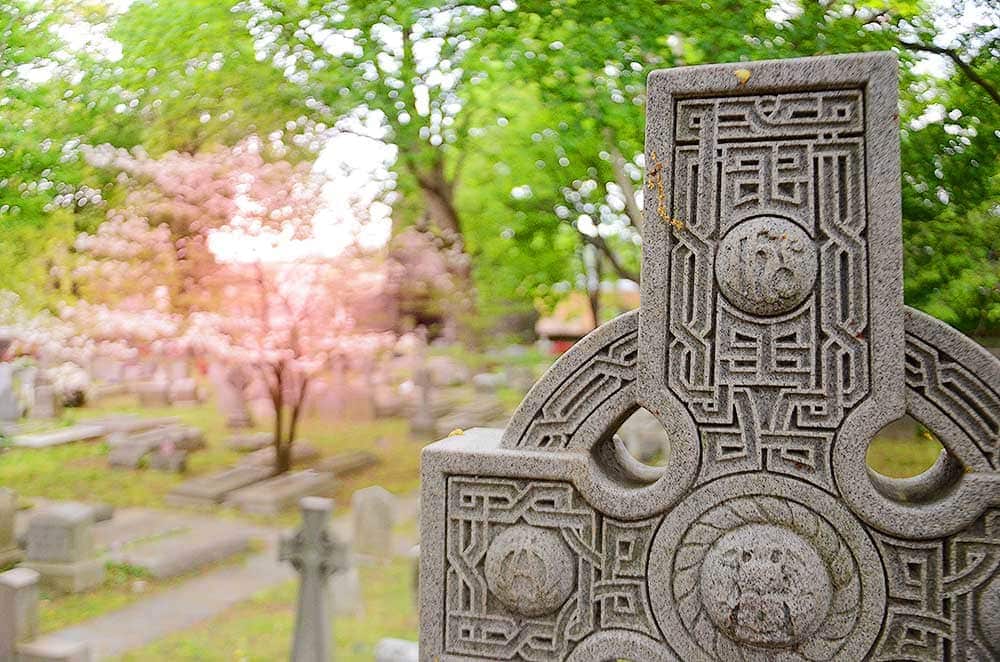 At the time, the church had a rural setting on the edge of a hill, north of Mount Vernon Cemetery and east of Laurel Hill Cemetery. Now West Hunting Park Avenue, a major artery, is just beyond the churchyard’s south wall, and industrial buildings lie to the west.

A parish hall – now the home of St. James School – was built on the opposite side of West Clearfield Street.

The Wanamaker Memorial Bell Tower and mausoleum was designed by John T. Windrim and built in 1908. It houses a set of J.C. Deagan tower chimes and a chime of bells by the McShane foundry.

In the summer of 2008, the Standing Committee of the Episcopal Diocese of Pennsylvania voted to allow Saint Mark’s Church (Locust Street), Philadelphia, to adopt the Church of St. James the Less as a mission of Saint Mark’s.

The cemetery is open to the public seven days a week from dawn to dusk. To make an appointment for a tour of the graveyard, please contact David Kasievich.